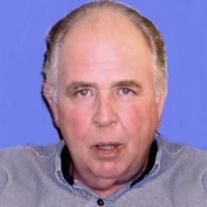 Steven Libutti, 64, of North Providence, passed away Thursday, October 11, 2012 at Our Lady of Fatima Hospital. He was the beloved husband of Nancy (Matracia) Libutti. Born in Providence, he was the son of the late Joseph G. Libutti, Sr. and Virginia D. (English) Libutti.

Steven was a Resident Engineer with the State of Rhode Island, Department of Transportation for 35 years until his retirement. He was a former volunteer firefighter with the Lymansville Fire Department.

Besides his wife of 31 years, he leaves his brother, Kevin Libutti; a nephew, Peter Libutti; two nieces, Karissa and Kayla Libutti and his Godchildren, Deana, Ava and Jake. He was the brother of the late Joseph G. Libutti, Jr.