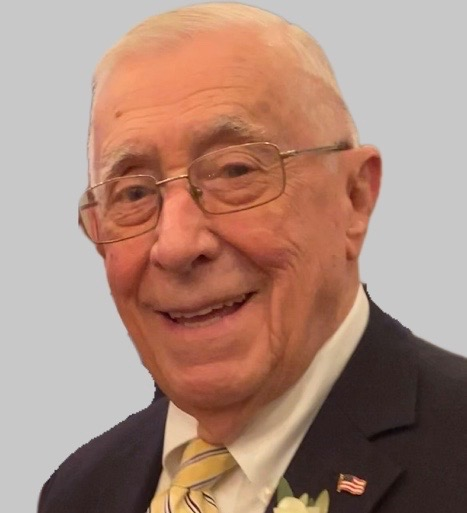 Richard T. Varone, 84, of Cranston passed away on Tuesday, November 9, 2021. He was the beloved husband of 61 years of Janice (Pezzullo) Varone. Born in Providence in 1937, he was the son of the late John and Elvira (Paolino) Varone.

Richard is survived by his loving children, Allison Johnson of East Greenwich, David Varone (Sixcia) and Kristin Sorensen (David) of Cranston and Tracey MacEachern (David) of Norwood, MA. He was the cherished grandfather of Sarah Johnson-Rossi (Jared), Victoria Gofton (Zach), Nicholas Varone, and John Daniel Devine, Matthew Sorensen (Maggie), Abigail Buehrer (Robert), Christian Sorensen, Courtney, Drew, Hayley Loiselle and Aleksander Dunston and great grandfather of Josie Rossi.  He was the dear brother of John A. (Marsha) and Thomas J. (Lynn) Varone and the brother in law of Barbara Calenda. He was predeceased by his brother William Varone and his grandson Michael Varone.

Richard was a proud graduate of LaSalle Academy, class of 1954 and Providence College, class of 1960. Richard worked for numerous years for the State of Rhode Island in various positions including Director of the State Employees Department of Workers Compensation. He worked for more than 25 years as a claims supervisor for Aetna Casualty Insurance Company. Richard was proudest of his service as a member of the Rhode Island State Police Auxiliary. He also served as a volunteer member of the North Providence and Oaklawn Fire Departments.

Above all, Richard was a man who valued his family above all. His pride in his children, grandchildren and great granddaughter was unmatched. He loved to travel with his beloved wife, especially to Italy, Maine and to visit his children around the world. He leaves behind many happy memories of summer beach days at Bonnet Shores and Cape Cod. He set a wonderful example of how to live life to the fullest while paying it forward in service and volunteer work. He will be missed immeasurably by his family, friends and the many people whose lives he touched. He was a loyal friend to many.

A Mass of Christian Burial will be held at 10:00 a.m. Saturday in Holy Apostles Church, 800 Pippin Orchard Rd, Cranston, RI 02921. Family and friends will go directly to church. Burial will be in St. Ann Cemetery, Cranston. VISITING HOURS at the NARDOLILLO FUNERAL HOME & Crematory, 1278 Park Avenue, Cranston are on Friday from 5:00-7:00 p.m.

In lieu of flowers, the family requests that donations be made to the LaSalle Academy presidents Special Needs Fund. This is an emergency fund that is used when a family has fallen into unforeseen financial difficulties.

Make checks payable to:  La Salle Academy. In the notation, the donor should include, In memory of Richard T. Varone '54 . Gifts may also be made securely online at:  Lasalle-Academy.org/Give [lasalle-academy.org].

The funeral will be livestreamed on the Holy Apostles Western Cranston Facebook page.