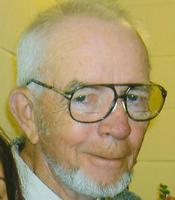 Paul F. Swanton, 78, of Irving Avenue, and formerly of North Providence, died Sunday, November 11, 2012 at Linn Health Center, surrounded by his loving family. He was the beloved husband of the late Kathleen A. (Gray) Swanton.

Born in Boston, Massachusetts, he was a son of the late Patrick F. and Margaret M. (Mogan) Swanton.

Mr. Swanton was a linotypographer for the Providence Journal Company for many years before retiring. He was also a volunteer firefighter at the Fruit Hill Station of the North Providence Fire Department for many years. He was a 1952 graduate of LaSalle Academy.

The funeral service will be held Thursday, at 12:00 noon, in the Russell J. Boyle & Son Funeral Home, 331 Smith Street, Providence. Visiting hours will begin at 10:00 am. Burial will be private.